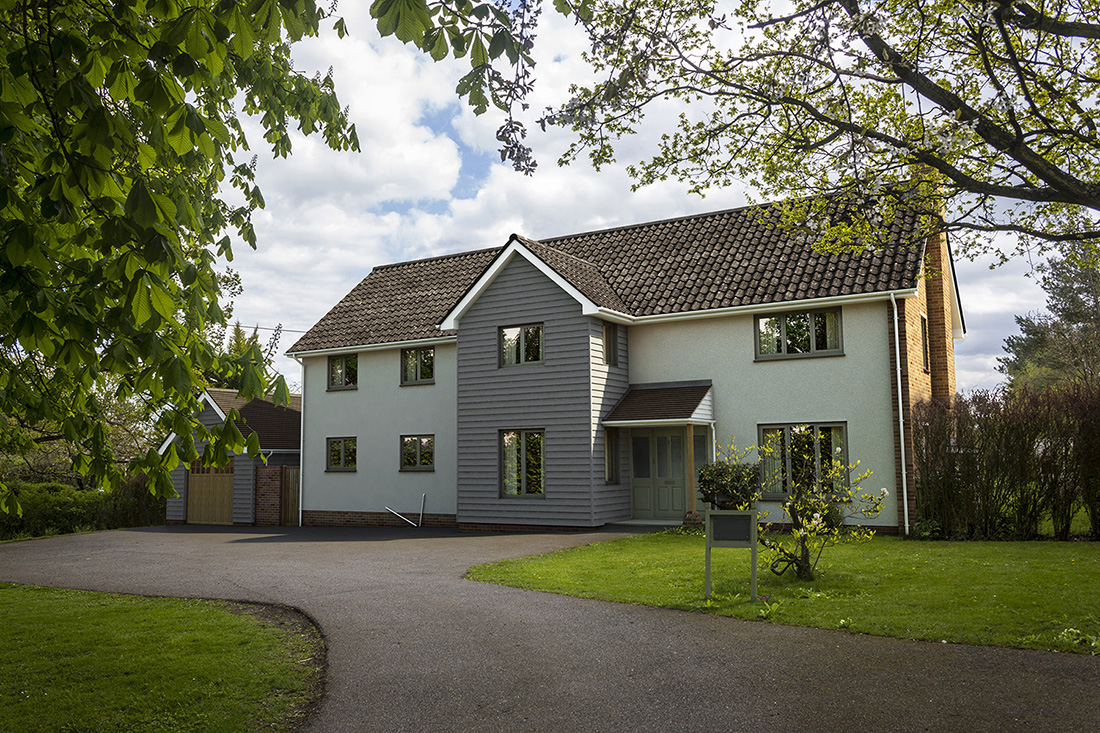 On this project I was commissioned by a private individual who was already in the process of having plans made up for a proposed extension and improvements to their property. 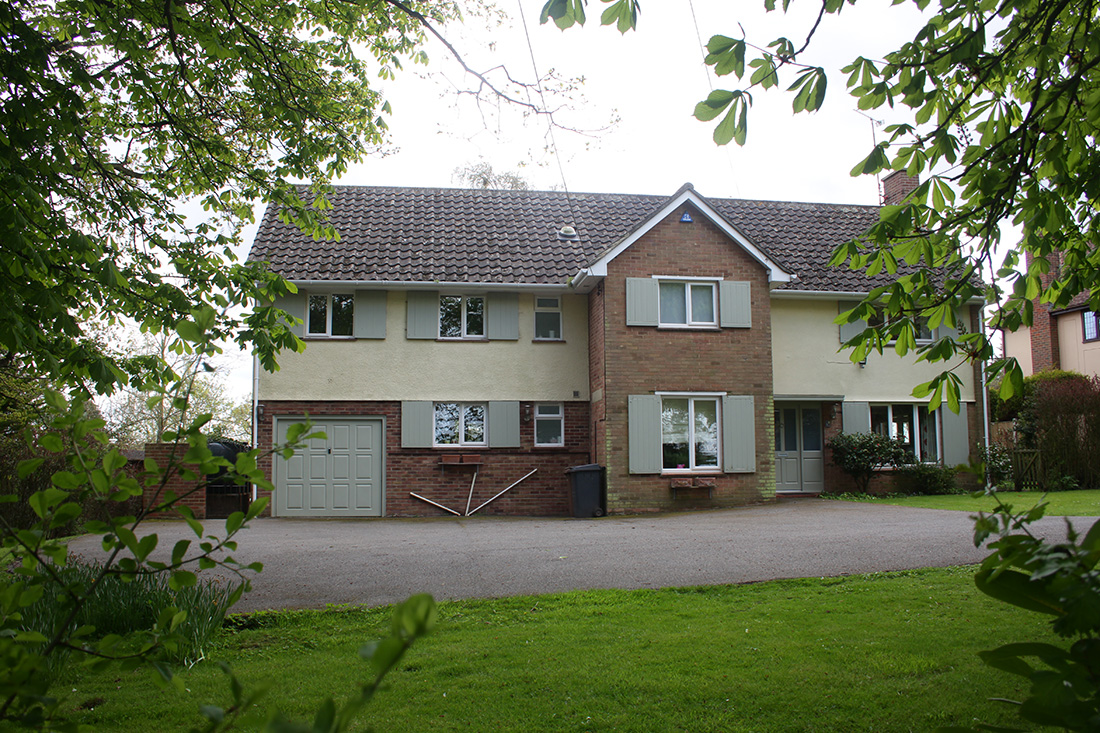 In addition to a new detached garage/workshop and ground floor rear extension, the client was also keen to see how some external re-cladding options could revitalise the look of their property.

Having photo-realistic CGIs created allowed them to make informed decisions regarding materials and colours, which architectural plans alone may not have achieved. 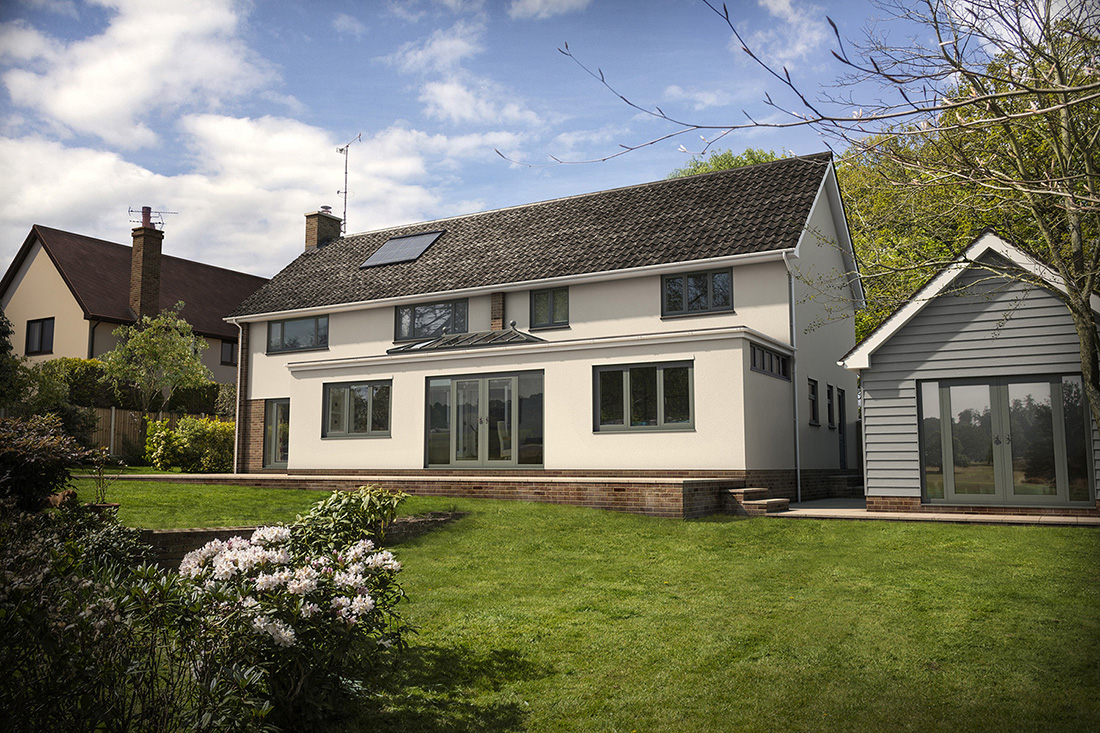 My CGIs were also used by the client to help decide which part of the work they would prioritise; for example I was asked to produce images with both the existing white windows, and new grey windows throughout. They can also use my images as a reference during discussions with their contractors as the build process goes on. 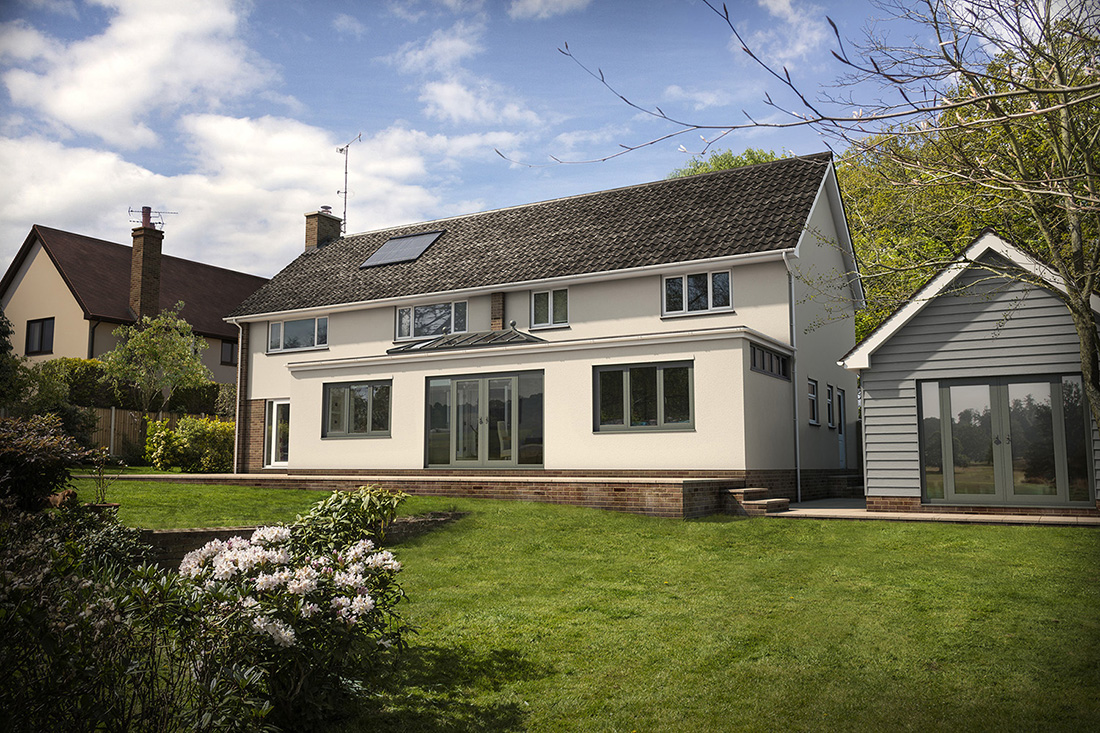 Rear CGI, showing existing white windows on the rest of the property.

Following a site visit to take reference photos, a detailed virtual 3D model of the property with proposed alterations was created. 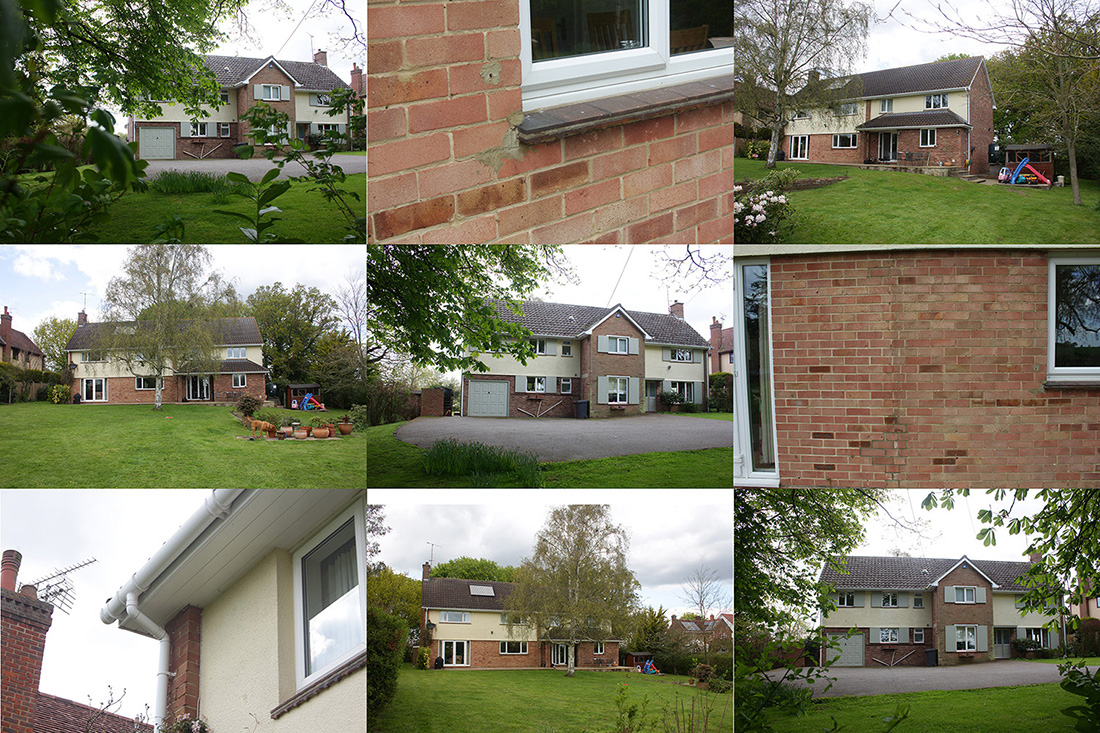 Accurate materials and lighting were added, then these new CG elements were combined with photographic backgrounds. 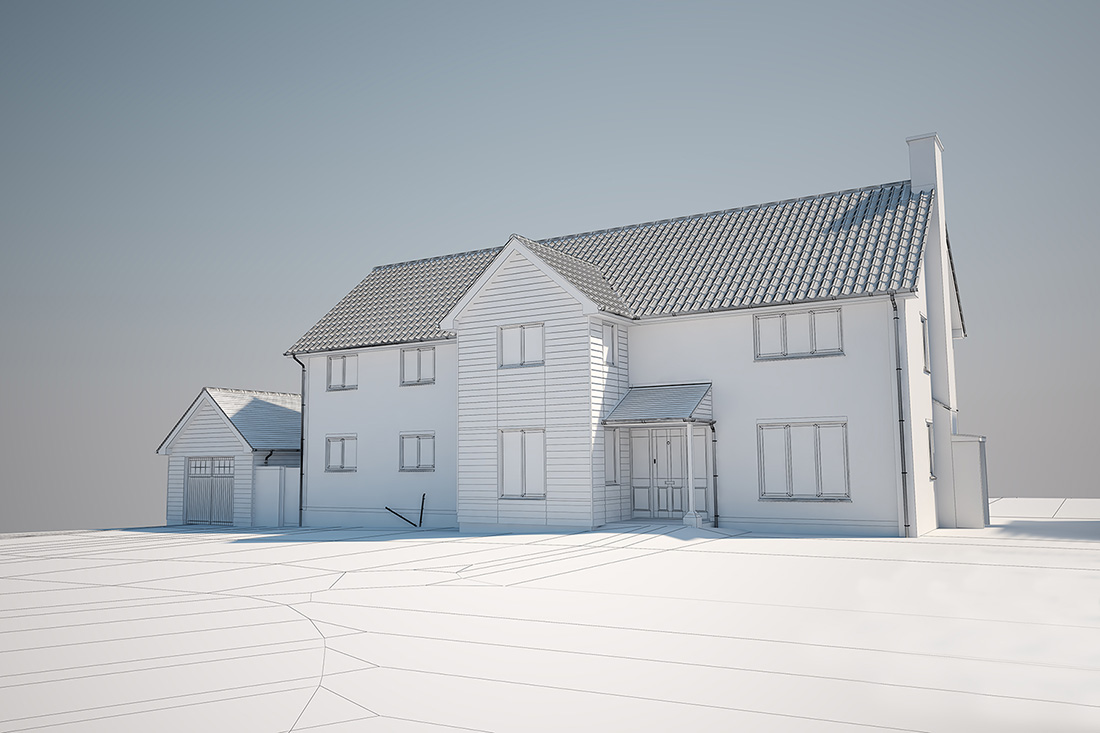 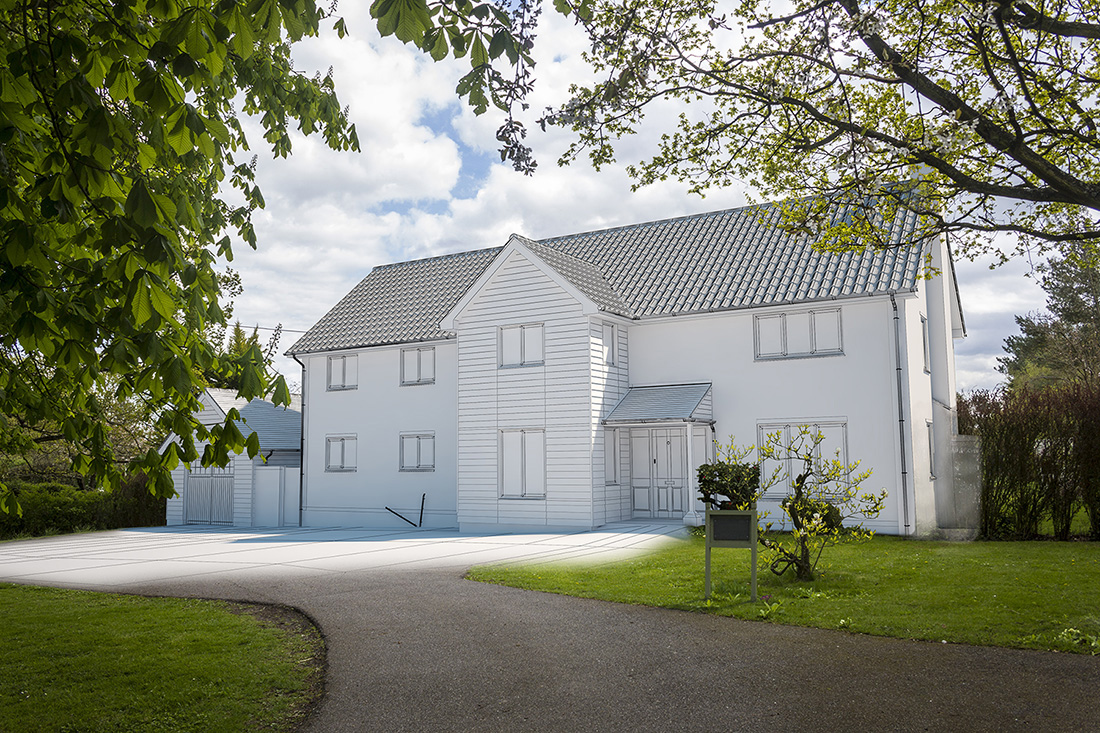 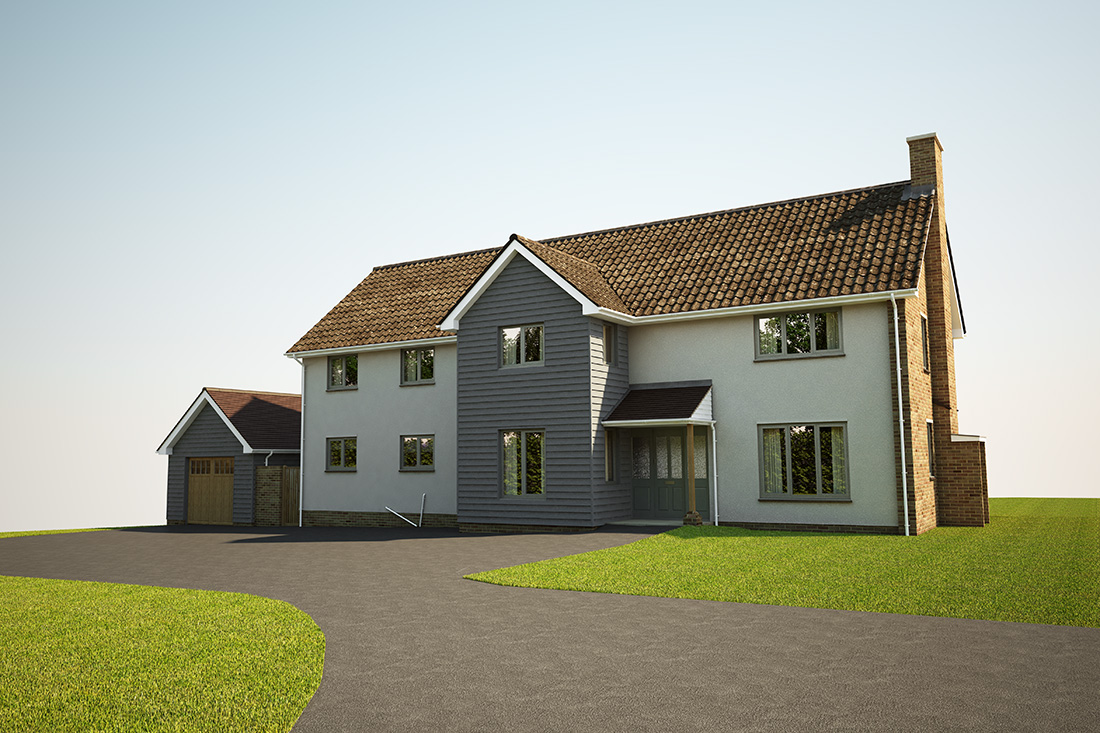 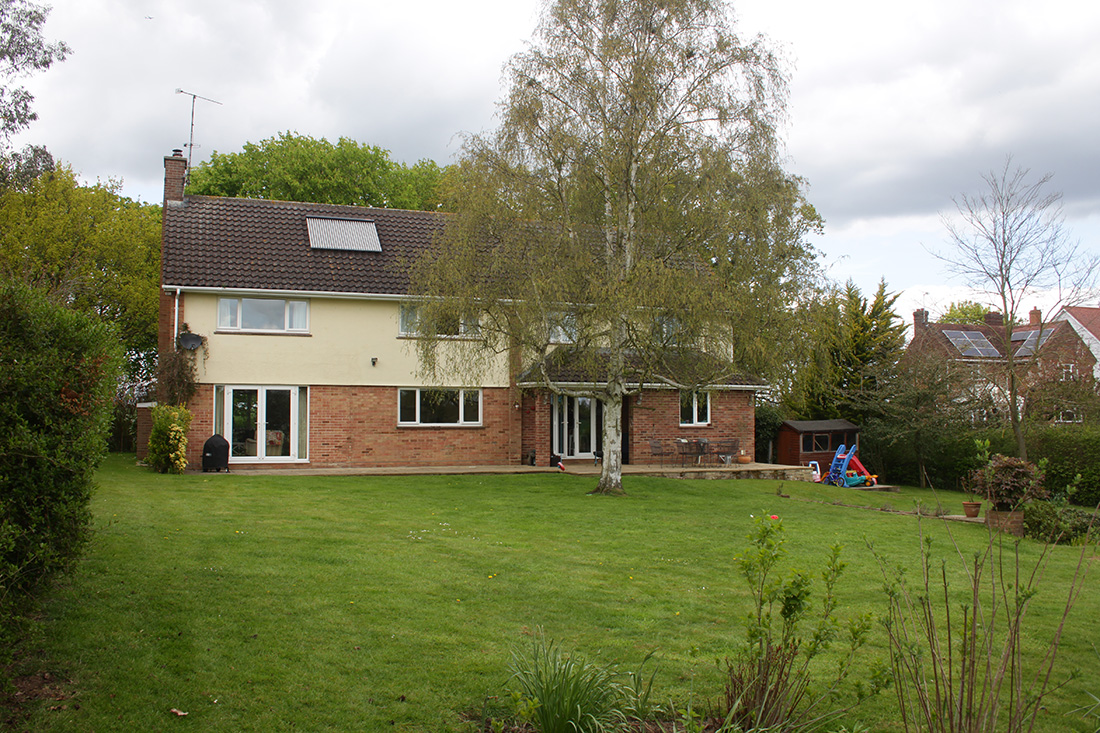 In addition to adding in the new features of the property, there was also the large existing tree in the back garden to remove from the photographs to produce the final images you see here. 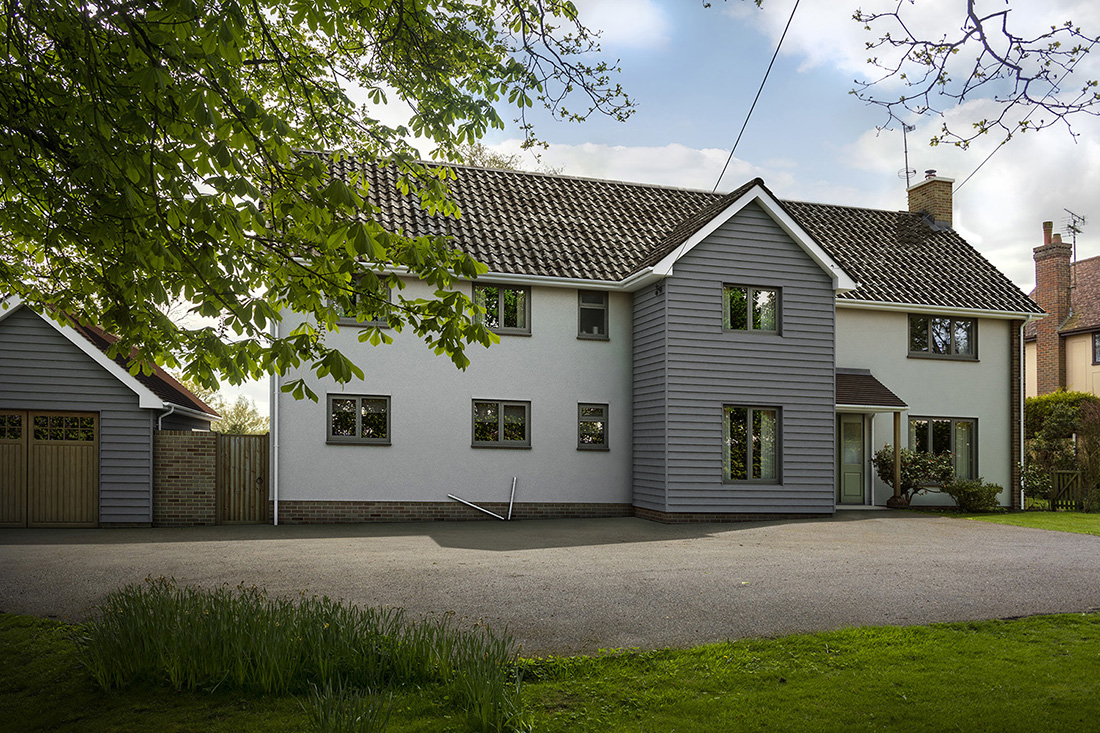